Amy Coffin and Geneablogger’s topic for Week 15 in the 52 Weeks of Personal Genealogy and History is Sports. Did you have a favorite sports team as a child? If so, which one and why. Did your parents follow the same teams? Do you still support the same teams.

Having been procrastinating on the topic of Sport for the past week, last night I commenced reading Tim Winton’s book “Breath” and found a sentence which took my breath away for its aptness in relation to this topic. “I avoided teams of any kind and the prospect of organized sport was a misery”.[i]

Like Tim Winton’s character Pikelet, my family didn’t follow sport or any particular team, except that if asked we probably would have said that we followed Queensland or Australia as the case required, but not in the devoted “above and beyond” sense of team loyalty.

Throw into the mix my ineptitude with sport and you can see why this wasn’t a topic I rushed to post about.  For me school sports days were anathema (as were later Melbourne Cup Day work-based sports days –a double jeopardy exercise!). I may have been peripherally involved in ball games and netball in primary school but my overarching response was “boring”, (see ineptitude again).  My photo collection seems to share my general lack of enthusiasm with none relating to sport, and those relevant to the topic being copyrighted.

My mother arranged tennis lessons for me in the latter years of primary school with the Fancutts and given Daphne Fancutt’s own expertise it’s hardly her fault I wasn’t a good player. In early high school my friend and neighbour, with whom I also went to Guides, joined me in playing tennis at the Fancutt’s courts at Lutwyche, again not something I relished. In early adulthood I took up squash which I enjoyed a lot more even though I was only marginally better at it.

For whatever reason, however, when I got to high school I became addicted to cricket though I have no recollection of it being of any interest to the rest of my family. One of my high school friends and I would go to the Gabba for any cricket match that appealed to us. These were the days of the big players in cricket before it became commercialised. We loved seeing the talent and skill of the West Indian bowlers and batsmen (like Gary Sobers and Wes Hall) and the fantastic Aussie cricketers – I was a particular fan of Doug Walters. The famous travel writer, Bill Bryson, puts an hilarious spin on cricket (pardon the pun) in his book Down Under… “ it is an odd game., it’s the only sport that incorporates meal breaks.”[ii]  And during those meal breaks, our own snack was, de rigeur, a Chiko Roll….ah they were the days when a Chiko Roll was the ultimate junk food/ fast food.  The importance of cricket in the Australian psyche is encapsulated in John Williamson’s song The Baggy Green. 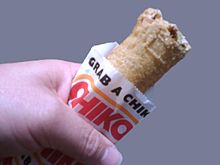 Chiko rolls and cricket went together like football and pies.

Another sport which I enjoyed sporadically was ice skating. I’m not sure when the ice skating rink at Mowbray Park opened and have not had much luck finding out online other than immigration-related photos of a former British ice skater Brian Crossland who became the rink’s manager circa 1958. It may have been open less than 10 years when I started going there but it was on my bus route so was convenient to get there independently. I remember distinctly the ruts and tracks of the ice which was not especially conducive to learning to skate well. The ice, the particular smell of an ice rink and the sound of Rambling Rose by Nat King Cole playing over the speakers are distinctive and very fond memories from this time. Not long after we returned to Australia from Papua New Guinea, the Olympic rink at IceWorld at Acacia Ridge was opened and we spent many happy hours skating there as a family. I loved everything about it.

Is dancing a sport? Ballroom dancing was another activity I followed and thoroughly enjoyed through high school and university. I used to go to Wrightsons Dance Studio in the Valley (Fortitude Valley) each week and it was a highlight on my life in those days, and a relaxation from the tough grind of study. Far more fun than organised sport!

My father worked shift work, rode to/from work every day on his push bike and then walked miles, literally,  every day through the dangerous environment of a railway shunting yard. Little wonder that in his spare time he was not interested in playing any type of sport. However when it was proposed that nearby Ballymore Park would become the home of Queensland’s Rugby Union club he was up in arms (figuratively only!) against it. I think his main objection was the likely general disruption to the neighbourhood, especially for parking. Ironic because not long after it opened his new son-in-law-to-be converted him to the joys of Rugby Union. He loved watching a match often at home on TV and I have an amusing memory of the day when the pair of them were watching a major game on the TV while Mum dusted and cleaned around them. Immersed in the excitement of a close finish, Dad didn’t notice she had moved the coffee table until he placed his beer glass on the table that was no longer there!

I was also inducted into the joys of rugby union and enjoyed going to the matches at Ballymore which were also a social event in the way I imagine British horse racing to be. Somehow my other half (and I) always managed to be seated in the middle of the opposing team, while he, a normally mild-mannered man, heaped scorn on them. I also remember the kookaburras sitting on the crossbars at the creek end of the ground during a night match, and having a great time catching bugs and large moths in the beams of the lights –they must have thought it a veritable smorgasbord. Quick as a wink my husband tells me the match was Queensland vs Orange Free State…the male perspective on sport.

If you are born a Queenslander then you must, by definition, follow Queensland in all its sporting guises –whether the teams are deemed “Reds” or “Maroons” (pronounced, for the record as marone/maroan not the usual way), or even cane toads!  I think the penalty for not doing so may be more severe than those for treason! Sporting fans from New South Wales have never quite grasped this is why Queenslanders are so passionate about the State of Origin rugby league matches. At a minimum it’s a chance to stir up some disputation with anyone you know from NSW: during State of Origin there are often texts to/from anyone you know who is silly enough to support the Blues. Now that should get the non-Queenslanders going on this blog! Go the Mighty Maroons!

4 thoughts on “52 weeks of Personal Genealogy and History – Week 15: Sports”