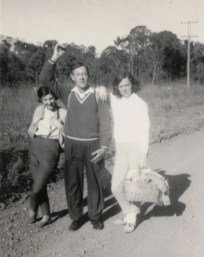 Hiking and picnicing at Brookfield c1965.

I’ve recently come to realise that one aspect of our family’s traditional life has faded into obscurity, due to a blend of improved circumstances, general disorganisation, and a social trend to eating out in cafes and restaurants. In our case, I suspect that it was the move to Darwin’s hot humid climate that contributed as well. So where are my memories taking me today? Why, on a picnic in the fresh air and sunshine on a day which once would have seen us desperate to pack an al fresco meal and escape.

We didn’t often do picnics in my own family as Dad worked shift work which wasn’t very family-friendly for school-aged children. We didn’t own a car so we were mostly dependent on the bus, train, or an outing with the neighbour down the back. I don’t recall ever eating out in a café on these outings – it was always a packed lunch of some sort.

In the Highlands with friends 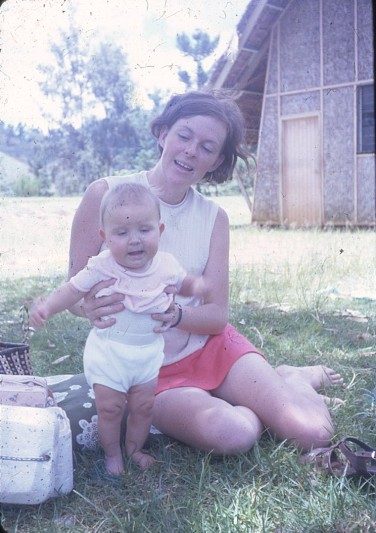 DD1 experiences grass! She doesn’t really have a snotty nose – that’s mould on the slide.

Over the years we’ve picnicked in all sorts of places depending where we lived, and the age of our children. When Mr Cassmob and I lived in Papua New Guinea we picnicked rather more often, usually to explore some new place, and quite often with an entourage of interested villagers who would sit at a distance from us. Not entirely conducive to lolling around with a book, not that there was much time for lolling with a toddler!

We didn’t invite QEII to our picnic near Buckingham Palace in 1977.

After we moved to Port Moresby, on the coast, our weekend trips took us often to Ela Beach as we’d take the dog and check our mail box en route. We’d even hear the Police Band if we were there early-ish in the morning, or watch the beach-volley-ball players. 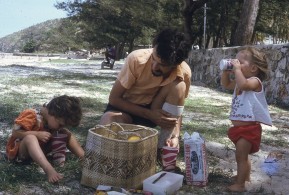 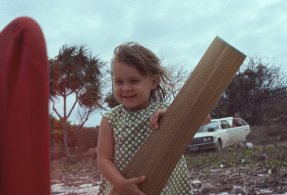 Our other favourite, but more distant spot, was  Varirata National Park. This involved the longer drive up towards the Owen Stanley Range and Sogeri, near where the Kokoda Track ends (or starts). The national park was such fun with open spaces, BBQ areas, and the tree house. All the family enjoyed the outing and we always took visitors there when they came to town. We have quite a few photos of groups of smiling families perched like starlings on a fence. 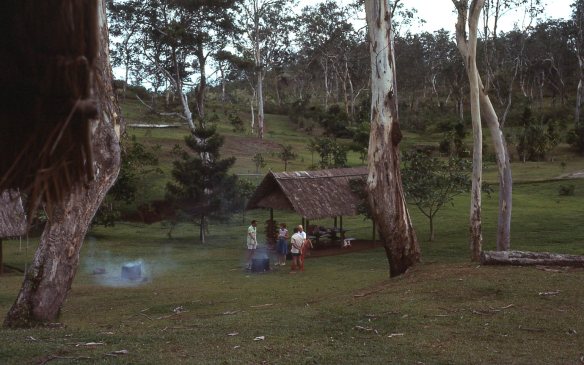 Back in the Land of Oz, picnics were either by the beach (Sunshine Coast or Hastings Point) or in the ranges. One of our faves was Lamington National Park where we could camp as well. It could be chilly and you could have a camp fire at night. During the day there were bush walk and the chance to see the beautiful rosellas (birds) and regent and satin bowerbirds. 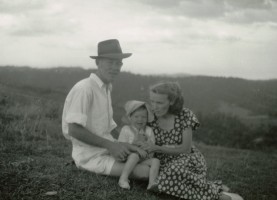 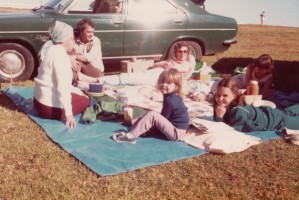 Depending on where we were going, the picnic would be fresh bread, cheese, ham and tomatoes (and a thermos of coffee!) Other times we’d take sausages (aka snags) and the portable BBQ. Last weekend we drove past one of the spots where we’d had a BBQ on the river bank. The name always amused us because Obi Obi Creek has multiple crossings. Our picnics were pretty lazy affairs – taking it easy, having a book or magazine to read – a way for the family to recuperate after the busyness of the workday week. None of those energetic cricket or footy games, unless we were camping…our best effort was a bush walk. 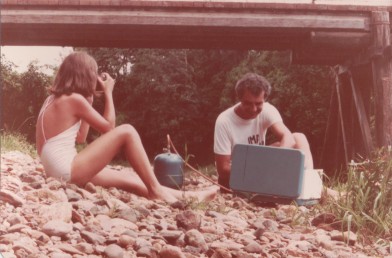 Did your family go on picnics? What food did you take? Were you energetic or lazy like us?