The challenge issued by Amy Coffin and Geneabloggers for Week 8 of 52 weeks of Personal History and Genealogy is:

Part I: What are some of the technological advances that happened during your childhood?

Part II: What types of technology do you enjoy using today, and which do you avoid?

As a baby boomer I can see so many changes that have happened in my lifetime, and even in my pre-adult life. Those who are a generation older must be amazed when they look back over their lives and see how much life in general has changed. I decided to approach this question as being the changes in technology before I became an adult just because it was simpler. Some of these changes occurred on the world stage, others had more impact on a day-to-day level.

The biggest and most amazing technological changes in my childhood involved the Space Race: the competition between the USA & USSR to get a foothold in space first. Both trialled the process by initially sending chimps into space and I remember photos of the first one to return…quite probably there were other unsuccessful attempts which never made the news just as the testing-animals also never returned. The poor creatures must have been terrified out of their wits, with no idea what was going on. You can read a story about this on National Geographic News at http://news.nationalgeographic.com/news/2009/05/photogalleries/space-monkeys-fifty-years/ 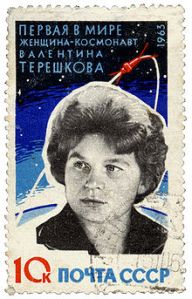 The Russians pipped the Americans to the post in the race to get a person into space, with cosmonaut Yuri Gagarin, just a few weeks before American Alan Shepherd (There’s a great book about the early astronauts called The Right Stuff) The Russians also sent the first woman into space, Valentina Tereskova…I cheated and had to look up her name, but I do remember the images of her at the time. Then while I was at uni, the Apollo mission landed the first man on the moon – an amazing technological advance.

Another dramatic technological backdrop to these years, was the world’s capacity to build and use an atom bomb. Baby boomers came into the world on the end of the terrible destruction of Hiroshima and Yagasaki and knew that it could happen again. When the US went head to head with Cuba in the Cuban Missile crisis we all watched nervously as we wondered whether this terrifying technological capacity would again be brought into action. The Cold War was the tapestry behind international affairs at the time and there were numerous books and stories about new and innovative ways of killing other people. It had a similar impact as the threat of Terrorism does today.

The advent of television is something we generally see as a vehicle for entertainment and daily news, but it also played a pivotal role as a new medium in the 1950s and 1960s in regard to war reporting.  For the first time, everyone could see the vision directly from the war zone and realise just how brutal and horrendous war is for all concerned. Images do speak more clearly than words and the impact was dramatic. As a Vietnam-era person, this was something that was very sobering, and perhaps led to the shabby way we treated our returning soldiers –for the first time civilians had some genuine inkling of what it meant to fight a guerrilla war.

It’s  now impossible to imagine a world where we can’t see images and stories direct from a conflict or disaster zone. A sobering sideline to this is that 850 journalists have lost their lives on duty since 1992 (www.cpj.org/killed).

Well that was all more sobering than I intended it to be when I set out, so I’ll return to a more retro mode. I well remember when my mother’s aunt and uncle (the “rich” relations) returned from a business trip to the US in the early 1960s, bringing with them colour film for Mum’s camera –she must have asked for this favour. Until then all our photos had been black and white and so it was very advanced, and exotic, to actually have colour photos. When you had studio photos taken of special events, the pictures were, I think, hand tinted to add colour. Perhaps my love affair with colour photography started then as I still prefer it to black and white despite the artistic appeal of B&W. Even as I entered adulthood, photos were available in colour and black and white, but were still expensive and not the everyday occurrence they became later.

As a child I never imagined that I would be able to travel overseas: it was the prerogative of the well-off or occasionally the young Aussie doing a year overseas. Travel from Australia to England was by ship and the voyage (apparently) an adventure and a couple of my friends did this in their late teens or early twenties. My personal experience of international flights came with my relocation to Papua soon after our marriage. 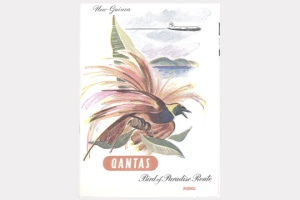 Long-distance and national travel is now readily accessible to many, if not most, people – though the young Aussie remains ubiquitous overseas! Air travel did not become cheaper until I was a young adult and it made long-haul flights feasible but slow: a flight to Europe from Papua New Guinea involved landing at Manila, Bangkok, Karachi, Teheran and then Rome. Smoking on flights made it unpleasant for anyone who didn’t smoke, food was served in large quantities and at fixed times, and you were invariably just about to sleep when you had to get off at the next landing place. There was no in-flight entertainment of any sort. On the plus side, they offered you magazinesJ

Where I grew up it was normal for people to use public transport as most households didn’t own a car –it was only as I moved into adulthood that car-ownership became more common. Those who did own one car-pooled and shared with those who didn’t –which when you think about it was very generous of them. My father rode a push-bike (un-geared) to work every day of his working life for probably over 25 years in all weathers: not for environmental reasons but because there was no other choice, public transport being restricted during his shift hours.

Traffic lights were also much less common then than now. Intersections were manned by policemen who took pride in ensuring the smooth and efficient flow of traffic. In Brisbane when I went to high school in the city, there was a policeman called “Dancing Dicky” Daniels because he had such a flamboyant and skilled way of keeping the traffic moving. You would groan when you saw a novice on traffic duty because you knew everything would take longer. Even the Gabba intersection with its five-ways roads was managed by a policeman. Many intersections had neither traffic lights nor policemen so you had to know your road rules to competently get through without an accident. It was good preparation for driving in Port Moresby J

Trolley buses & trams were a feature of Brisbane during my childhood. The trams with their slippery tracks were a hazard for learner-drivers. Our bus route had trolley buses and it could be quite tedious when the pole fell off the connector (no idea what it’s called) and the driver had to hop out and push it back in place –always a hassle if you were running late to an appointment or school. Both trolley buses and trams were phased out in Brisbane around the end of my “childhood”. I found a great picture of the trolley bus on my old route to school, shown in the Valley (Fortitude Valley). It’s a bit shocking to find how much the Valley has changed, and with a lot less character. The image is part of express000’s photostream on Flickr and permits the use of the image for non-commercial purposes: http://www.flickr.com/photos/25653307@N03/4261373355/sizes/m/in/photostream/

Tram conductors –yes, these are people, not technology, but as the technology came in to make it possible to buy tickets in advance or directly from the driver at the time, conductors like other “technology” became obsolete.

Telephones, like cars, weren’t a common household item and again neighbours would share their phone when a particular need arose, but for general chats, it was the red phone box down the road. Telegrams were used to communicate urgent or important news –wedding congratulations, exam results, births or deaths. By the end of my childhood, telegrams were still being used as a matter of course, but more and more homes had phones.

The main technological change that sticks in my mind was the mechanisation of washing. As a small child I remember my mother heating the gas-fired copper and washing the sheets before putting them through the wringer. Wash-day was hard work and potentially dangerous with the boiling water. Then in my teens came the twin-tub washing machine which certainly took a lot of the heavy work out of washing day…but still involved a lot of heavy lifting. Of course many who had grown used to the copper were not convinced the new machines made the sheets and towels as clean.   As I moved into adulthood more people had automatic washing machines which made such enormous time-savings, not to mention energy-saving.

A sub-set of the washing changes was the development of cold-water washing powder so that it was considered rather avant-garde, though not good housekeeping, to wash in cold water, not hot.

Music styles changed throughout my childhood as they do in every generation but it’s probably fair to say that the 1960s were a period of massive musical influence…many of the big performers are still going now, and their baby-boomer cohort often remain big fans, influencing their own children’s musical history with the songs of the 60s: my children remain addicted to Cliff Richard’s Summer Holiday, rather to my bemusement I must admit.

Music technology also changed dramatically in the 50s and 60s. From music on heavy records played on gramophones, to the new, more financially accessible, vinyl LPs and 45s. Portable record players could be taken to parties letting teenagers groove to the music. Transistor radios got smaller and replaced the heavy, cumbersome lounge-room radios of our early childhood, making music accessible away from parents and available 24/7. Cassettes were introduced in the late 60s and again diversified our music listening.