The other afternoon I was reading The Northern Miner newspaper from Charters Towers, an old mining town in North Queensland where one branch of my family had lived for some decades. I had ordered the microfilm in on an inter-library loan from the National Library of Australia to follow up some information on a friend’s family history. 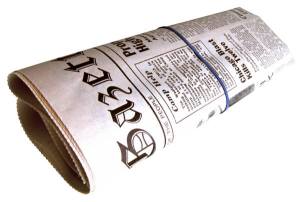 I was focused on a particular month in 1947 and what struck me afresh was just how full of human misery a newspaper can be. This sometimes seems to be more obvious decades ago when it was reported more graphically.

It also struck me that this is perhaps the one down side to Trove, though I absolutely love it in all other respects. By not sitting in a library and turning page after page on a microfilm, we lose the broader sense of what was happening in that place and at that time. We also lose a sense of perspective on how that particular editor and newspaper handled their news stories, what they focused on, and their general credibility. You also lose the sense of how they structured their paper, and where particular news features are placed. Sure, we could browse any edition on Trove, but do we really do that?

So here’s my abbreviated misery list from one mere month in a country newspaper:

And one for the Darwinites: Darwin had no dentist and a man had to fly to Adelaide for treatment. And yes, we do have dentists now but the need/desire to fly interstate for some significant medical treatment still exists.

And a “good news” item: the wonder drug Streptomycin was to be mass produced.

Most of these stories were found easily on Trove and are reported in newspapers around Australia, demonstrating that you may find the stories you want well beyond the confines of the local newspaper.

So there we have it, what sad and tragic family stories lie behind each and every one of these news items.

7 thoughts on “Reading The Northern Miner: human tragedy and stories”