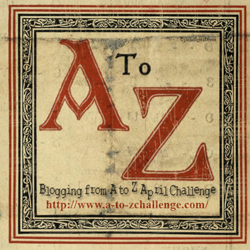 Ballykellytownland is the home of my great-great grandmother, Mary O’Brien from Co Clare. Unfortunately I have no evidence of how long the family had lived in Ballykelly as there are no traces of the family in early records (found so far). Despite Mary’s extremely common name I was able to find her place of origin thanks to oral history linking families in Ireland, the US and Australia, and by tracing her sister’s records in Australia….all of Mary’s said merely “Co Clare”. I’ve been lucky enough to visit Broadford a few times and to visit the actual farmland where the O’Briens lived and worked.

On the first visit, decades ago, Broadford was shrouded in fog, and the general response to my enquiries was “it’s up there” pointing into the hilly distance. While enquiries at the local shop, owned by O’Briens, directed me to visit elderly parents, that proved to be fool’s gold despite their kindness in trying to help me…they were not my family. It took another visit, and assistance from a missionary priest with whom we’d bonded, to be taken to meet the family who had inherited the farm. Paddy had inherited it after my 2xgreat uncle’s family had died. He and his wife were extremely generous and showed us the property –up a muddy dirt “goat track”, as we call them in Australia. It was a thrill beyond words to stand on their land and look out at the magnificent view Mary had known every day of her young life, until she emigrated with her sister Bridget.

The story of my first visit to Bothkennar is the opposite to the Ballykelly one. My young daughter and I dutifully followed the maps to Bothkennar and stopped to enquire at the store/post office if they knew where Backrow was.  I could hardly believe my eyes and ears when they pointed and said “That’s it, over there”. We took the short road ahead and parked on the verge to look at the house where my great-grandmother Annie Sim, had lived as a young woman and where generations of her family had lived, stretching back many, many decades. At the time it was looking a little run-down in parts but had substantial enough outbuildings and large fields.

Staring proud across the road from Backrow were the kirk, school and kirkyard…only a few steps to the venue for all life’s major events…and no escaping the minister’s eye. I took a photo (the old fashioned kind) and would you believe that this was on a roll which did not come out….Murphy’s Law at work. On the next visit I made sure I did a sketch as well as take a photo! I’ve never yet worked up the courage to knock on the door and ask if I can see the property but I’ve promised myself that next time I’ll write in advance and beg admittance.

As always, click on the photos to see them as a larger view.

10 thoughts on “B is for Ballykelly, Broadford and Backrow, Bothkennar”