OliveTree Genealogy is celebrating the 3rd year of Sharing Memories – A Genealogy Journey with the goal of writing our memoirs and childhood memories for our descendants. The topic for week 19 was New Friends. 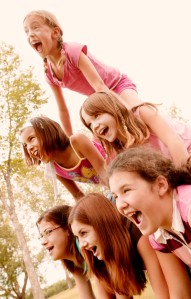 My life as a young child was very socially homogenous in a way that was more traditional, and old-fashioned if you like, than today when it’s usual for children’s horizons to potentially be international. I, on the other hand, saw the same children in the neighbourhood, at church or at school. The only difference was that there were two streams of school: those who went to the Catholic school and those who went to the state (public) school. Girl Guides added a little leavening to the mix, but even many of those lived not too far away.

Penpals were the new friends who opened a window into the wider world: a couple in the States and one in the Netherlands. I often wonder what happened to Ria from Hilversum or Patsy from Arkansas or Carole from….. In turn this reminds me of a book by Geraldine Brooks called Foreign Correspondence, a double entendre on her occupation as a foreign correspondent when she sets out to trace what had happened to her penpals in the intervening 20 years.

The transition to high school, aged 14, was a significant turning point in my life. For me it was like throwing open the doors, largely through books and learning, but also through exposure to different people and classes of society. It was quite daunting to go to a new school of about 1000 students after my little primary school of under 200. Only two of my primary school colleagues went to the same school and neither was in my class and we had never been close friends anyway.

The school was also in Fortitude Valley, an offshoot of the Brisbane CBD, so I travelled by bus each day along with boys going to Church of England Grammar (Churchie), St Joseph’s Gregory Terrace, Grammar or St James in the Valley. Not that they were among the friends we were allowed to cultivate, since it was forbidden to speak to boys at all, even if they were relatives, so we had to settle for covertly eyeing them off (the Churchie boys were our favourites).

It suddenly occurs to me that I’ve made an assumption but readers won’t know that my high school was an all girls one.

In the first week of school, one of my classmates came up to me and to my surprise, announced we were cousins. She had recognised my surname as being her grandmother’s maiden name and gone home to verify we were related. We didn’t really become mates though we were friendly and swapped notes and cards as teenage girls do, and she was a link to a family history that at the time I knew nothing whatsoever about.

It didn’t take long before I made a few friends with whom I stayed best mates over the course of high school and on into university, or for a couple, through their nursing training. We had sleep-overs, went to the movies or occasional concerts, supported each other through early romances and generally did lots of girl talk. 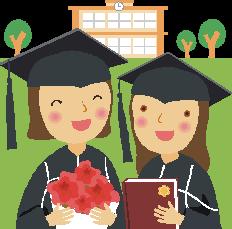 Over the decades the friendships diluted as we married, got jobs or moved around.  A couple of us still keep up loose links and when in the same city, which is rare, we catch up. The long links of our experience make it easy to pick up the threads of our friendship and two of our daughters have become friends, despite distance.  But I still treasure the memory of my new teenage friendships with Maria, Sue L, Sue B and Margaret.