This week’s Sepia Saturday is bathing costumes and the beach. Living in Australia there’s no shortage of this type of photo, but the ones here immediately sprang to mind. Don’t you just love those old-fashioned costumes, probably wool and scratchy I’d imagine.

The men in the photo are brothers-in-law, my grandfather Denis Kunkel, Dick Amesbury and Tom Bryson, each married to one of the McCorkindale women, with my father in the front. There’s no writing on the reverse to say where it’s taken, but my fairly reliable guess is that it was Sandgate, or Shorncliffe, both beachside suburbs of Brisbane, now enjoying gentrification. There was a pier, rather like an English one, with puppet shows and the like –or that’s what my dim memories tell me. Although the pier was called the Sandgate pier it’s now been renamed as the Shorncliffe pier and it seems the reason may lie in the fact that it sits between the two suburbs. The pier is currently being renovated and there are some wonderful old photos here.

The second photo (above) includes my father, still in his shorts (why?), and two young girls, possibly his cousin Isabelle and a Sydney cousin. Judging on Dad’s age, I’d guess the photo was taken around 1927 or maybe early 1928. My grandfather owned a car at the time so it’s likely they drove out there but when I was a child we used to take the train. 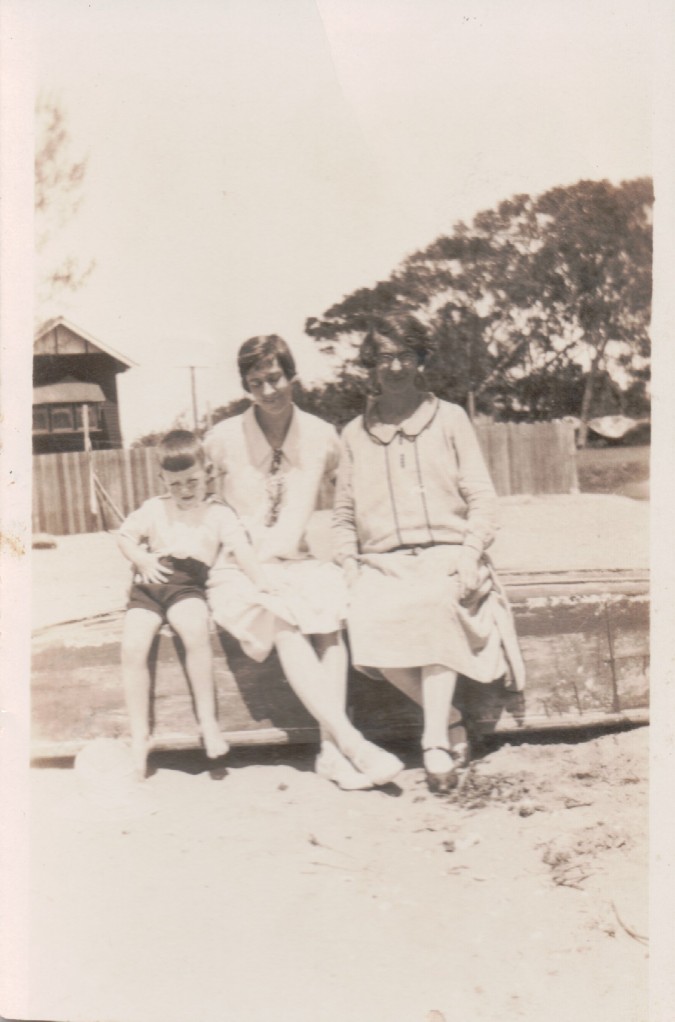 My grandmother (left) and her sister Belle show no indication that they’re planning to swim that day. As good Glasgow-born women they probably didn’t quite know what to do with the sea.

Here are a couple of stories found on Trove which reveal how much excitement the place had in those days. Oops, realised I uploaded the same image twice -now corrected, sorry.