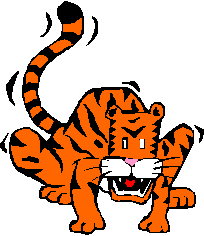 I nearly let myself get dragged along by the tiger’s tail again with all the enthusiasm Thomas MacEntee has generated around the geneaglobe with his Genealogy Do-Over (GDO) Project.

The GDO Facebook site has been abuzz with ideas, strategies and new software suggestions. Anyone with genealogy interests can join in – you just need to ask to join the group. I’m certainly going to use some of these suggestions along with Thomas’s GDO activities.

However, as I said on my blogiversary post, I also want to go about things a slightly different way. Further reflection made me realise that some of my planned activities need to be deferred until April as they don’t fit with my commitments and priorities this quarter.

I’ve had my autosomal test done quite a while ago and Mum gave permission for hers in 2014. My goal from testing was to learn more about my problem Irish ancestors: the McSherry/Sherry/McSharry family (northern Ireland?), the Gavins and Murphys (Kildare & Wicklow), the Furlongs (Offaly) and Callaghans (Wexford).

Recently there have been close cousin DNA matches, which certainly helps triangulate the data. However, I still feel I’m wandering in the forest with Red Riding Hood, trying to identify how to take my matches further. It may be scientifically true that we are cousins, but I want to know in which line! Not to mention the wild-card that has two cousins on my mother’s side also matching my husband’s DNA….now that’s tricky!

Objective: I’ve pencilled in lots of DNA presentations at the combined Roots Tech/FGS conferences Salt Lake City in February 2015, so I’m hoping that after that I’ll be able to move forward more accurately, and confidently.

There’s lots of learning opportunities ahead for me with RootsTech and FGS then only a month later is the Aussie version of FGS with Congress 2015. There’s going to be lots of new speakers to listen to, genimates to meet, and information and stories to swap, as well as research opportunities.

En route to Salt Lake I’ll be taking a couple of days to pop up to Toowoomba and Murphys Creek for just a little more research about the place where the Kunkel family settled.

In Salt Lake, pre-conferences, I’ll be focusing on the books section of the Family History Library. I’ve been in the habit of hiring in microfilms for many years, and I can continue to do that any time. What I can’t do in Australia is read any of the books that are in the library. Helen Smith has posted an excellent article on how to approach your research at the FH Library.

In Canberra, for Congress 2015, I’ve allowed some extra days and will be following up some archive sources for Duncan McCorkindale who helped build the nation’s capital, as well as visiting the War Memorial, National Library etc. I know there’s going to be far more to do than time will permit.

After Canberra I’m heading to Sydney for a few days but that’s mainly a holiday event to celebrate our anniversary. If something pressing comes up I may sneak out to Kingswood but will try to stick with the living not the dead. (I’m sure himself will be pleased, and amazed, to hear this!)

Blogging: As you know I’m an official Congress blogger, along with Jill Ball (Geniaus) and Shauna Hicks. We still have some exciting speaker interviews to bring you, and during Congress we’ll also be blogging about what we’re seeing, learning, and doing.

Presentations: I am doing two presentations at Congress and both papers have already been submitted to the conference organisers. However I also have the Powerpoint slides, as well as my on-the-day content, ahead of me. I really want to get these away before heading off to Salt Lake in February.

Family Historian 6: I’ve downloaded the update to version 6, and will be trying to learn a little more about it so I can pick Jill’s brains while I’m in Canberra.

Evidentia has been getting lots of kudos on the GDO Facebook page so I downloaded it and will give it a whirl.

Folder Marker is a program which lets you colour code your computer folders. I hadn’t known about it before but thanks to the FB poster who mentioned it, I’ve downloaded it and will see what I think and whether it helps. 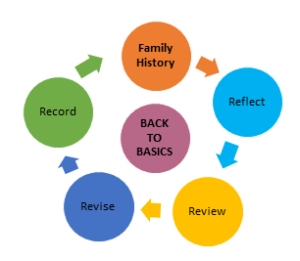 I am still ambivalent about how much data I want to store in a genie program (Family Historian) vs a Narrative document/blog posts.

Blogging suits my preference for narrative family history and also lets me tell stories of the families for whom I have no plans of writing a published family history or of updating my finds on the Kunkel family. I write my blog posts in Word initially then cut and paste. A simple change I’ll make is to save the file with a surname leader, and save to that family’s folder.

In my hard-copy files I sort by family (where I’m not inundated in paper) and by generation (when I have heaps of info, eg the Kunkels). Within this I sort by “topic” or theme eg legal matters, petitions, certificates, church, military. That’s how my brain works, so I’m happy with that system.

Blogging has given me a community of like-minded friends who are supportive and interested. Unfortunately in recent months I’ve been a poor genie-friend myself and not supported others nearly well enough. Time to go back to commenting more.

Outcome 1: If I get to the end of 2015 with my electronic files in better, more systematic order, and tagged, I’ll be happy.

Outcome 2: Meanwhile there’s going to be a whole lot of scanning going on. Plus I plan to get back to commenting on blog posts.

Outcome 3: I have a suite of oral histories about Murphy’s Creek that I want to transcribe and also digitise. This is a project which will occur across 2015.

Another GDO Facebook person, Lynn, linked this story which suggests ways to manage our data. I like the idea that our initial research should be by surname rather than with a focus on families as entities, and I particularly empathised with the content. When I started all those years ago, pre-personal computers, I kept my research findings on A4 paper by person’s name and didn’t collate into families until I’d established the links. Whether it’s a natural style for me, or just habit I don’t know.

Lots of family events coming up in the next few months, as always, means this quarter is a busy one every year. On top of that retirement is looming for my other half (I’ve been retired for a couple of years), plus downsizing and packing up an inordinate amount of “stuff”.

Over the weeks and months, I’ll be reporting in on what I’m achieving and where I’ve gone astray. Thoughts, tips and support will be much appreciated. Like Geniaus I won’t be completely foregoing tangential genealogy – after all, that early morning inspiration may be an ancestor whispering in my ear.

How are you going with your 2015 planning?