Somehow Monday passed me by in a flurry of Irish research…I really need to pre-program some Monday Memories posts. Today I’m just going to share with you some photos of a family heirloom which is now with my eldest daughter. Among her photos is also one of my granddaughter taken in the same chair. I really think that I have one of DD1 in it as well…but where?

Dad as a small boy in the chair with his parents Dinny & Kit. 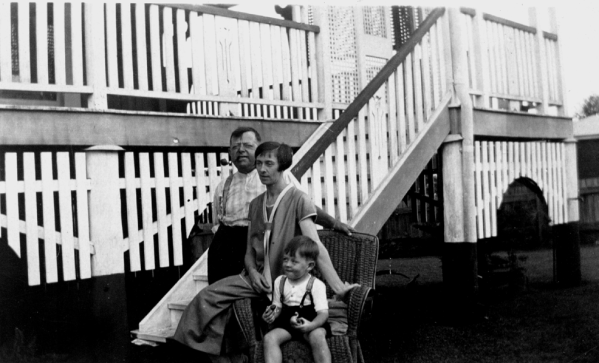 This photo of Dad and his cousin Belle may have been taken on the same day. I have the little wicker rocker, which I played with as a child. 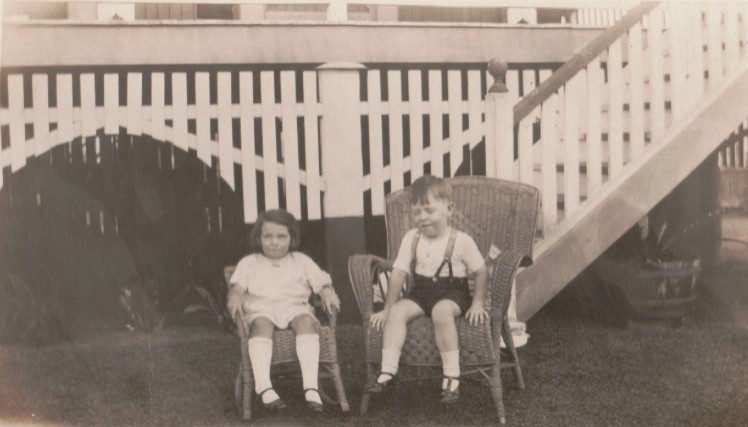 Yours truly as an infant in the chair with my Mum. 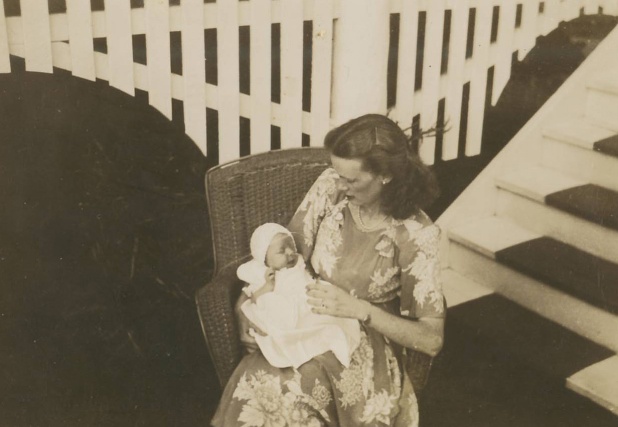 No chance that the chair would cope with someone sitting on the arms now, but it has survived 90+ years so it’s doing well.

All these photos were taken at my grandparents’ house, which was next door to ours, and was my second home. You can read my story about it here.