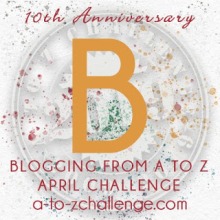 This series of blog posts is part of the A to Z 2019 Blogging Challenge in which I will write snapshot memories of my early married life in the then Territory of Papua New Guinea.

Sitting on the footpath, chatting in Pidgin or Motu

Confronting to a newcomer at first.

Mass is not the same when kneeling among the buai spit

The ladies (meris) sit on the ground at Boroko

Bags of buai and lime beside them to sell

Red on the footpath, red on their lips.

Santa on a fire engine

Children of all colours and ethnicities

Camphorwood chests and desks, designer shoes (for some)

Swiss chocolates for Easter and the doctor’s surgery

The city’s single traffic light – which often goes out

On weekends we fetch our Aussie papers

Freshly and expensively delivered from Down South

Staying in touch with our other home.

A couple of our family’s bilums.

Explanatory note: Boroko is a suburb of Port Moresby, capital of PNG. A hub for shopping, restaurants and government housing for public servants.

Buai – betel nut which when mixed with lime give people a high and turn their mouths red.

Bilum – a string bag used for carrying anything from sweet potato to babies. The handle goes on the head, across the forehead and the body of the bag lies down the woman’s back (and yes, it’s always a woman when carrying a load).

4 thoughts on “Of Buai and Boroko”