The highlight of this week’s Sepia Saturday image are the telegram boys on bicycles. This is a very apt theme for my family: my father rode his push bike to work every day, in hail rain or shine because we didn’t own a car. Mum and I also had bikes and we would sometimes go on family outings in the wider neighbourhood. I distinctly remember having to ride my bike down some of the scary roller-coaster-like hills in our suburb with my heart in my throat.

How frustrating then, that I have nary a photo of any of us on a push bike! Can you believe it? I can’t and will have to see if I can hunt one down (assuming there is one). 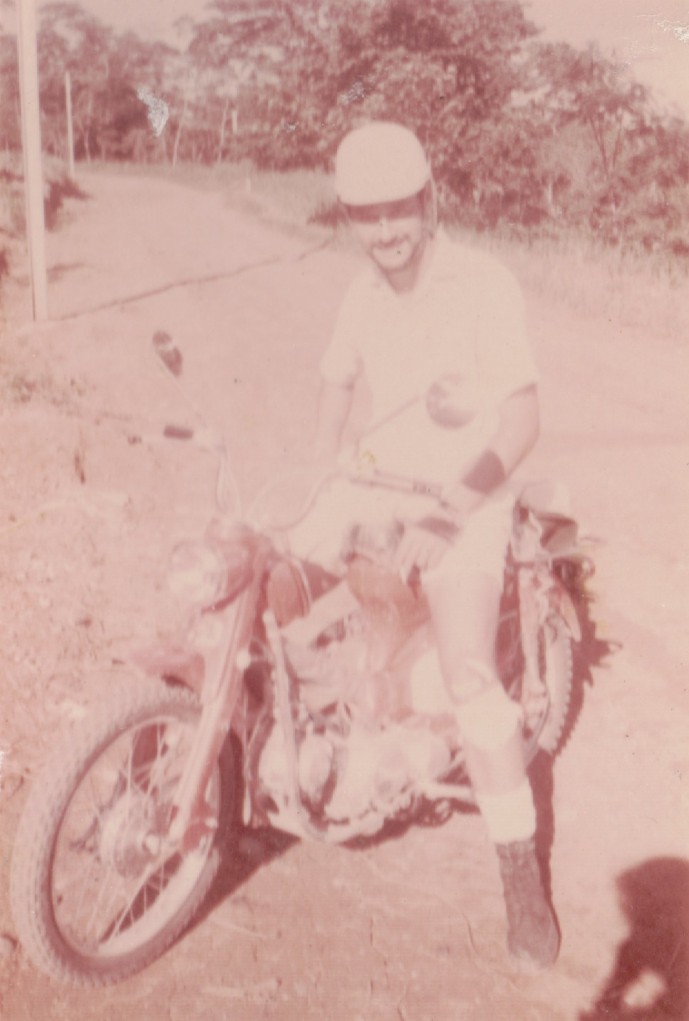 So being lateral I had to find another picture which would serve. This photo of Mr Cassmob aka Marlon was taken in Alotau in Papua New Guinea, outside his parents’ new house, not too long after the government offices moved there from the island of Samarai. Mr Cassmob was studying long-distance and working on a coconut plantation about 30kms away, supervising the labourers. I’m sure they loved being under the jurisdiction of a teenager.

On the back of the photo which he sent me, he wrote “Love from Marlon. What no ‘pack’ behind fearless leader?” I think he was kidding himself on a number of counts: