This will be a short and sweet Sepia Saturday post but how could I resist such a perfect match to the theme?

This photo includes my grandmother’s younger sister, Edie and her daughter, Muriel. They are obviously out camping somewhere and having a fine time though they do look rather well dressed for the event – certainly not how I look when I’m holidaying in a tent.

Edie McCorkindale was only 17 when she emigrated to Brisbane from Glasgow with her mother and siblings in 1910. Like most of her family she lived in Brisbane until she reached adulthood and can be found on the electoral rolls for Enoggera in 1915. At the time Edie was working as a saleswoman whereas her sisters had been employed as dressmakers. She married her husband Richard Amesbury in Brisbane in 1919 and after  few years the couple moved to Sydney where they lived for the rest of their lives.

I only knew Edie as an elderly woman, very trim and stylish, when she would visit my grandmother next door. It seems so strange to me to imagine her life as a young woman of adventure, riding on a motor bike and camping. 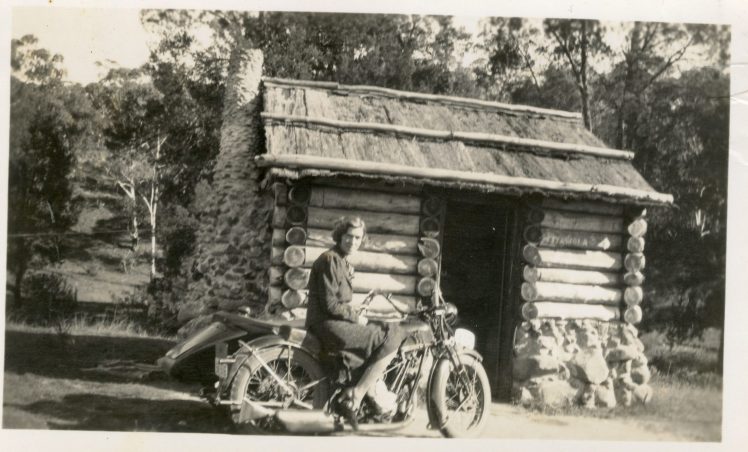 And how could I ignore a “blast from the past” with this photo of Mr Cassmob on his bike many years ago. I wrote about it on another Sepia Saturday post in 2013. All I can say, though, is I’m glad the bike had gone before we married because I can’t quite see myself on a bike or sitting in a side car!

Why not see where other Sepians rode to this weekend? 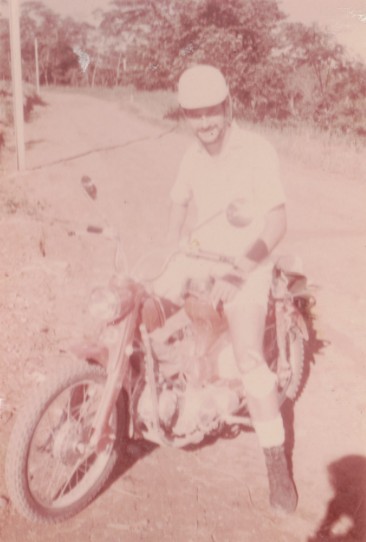 8 thoughts on “Sepia Saturday – Bikes in the bush”