My A2Z 2016 theme is how to pursue an interest in family history/genealogy – I’d love you to join me on the journey.

I is for Interviews aka Oral History 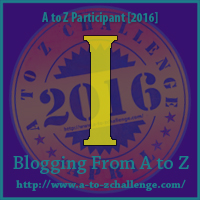 If there’s one thing you will repeatedly hear among family historians, it’s the wish that they’d asked more questions of their immediate ancestors – parents and grandparents – about their lives and experiences. I’m certainly among those, as while I lived next door to my grandparents until they died in their 80s, I have no recollection of them ever speaking of much in this line. Like many of us in our childhood and teens I guess I was just too self-absorbed in my own activities. Now I curse my stupidity! Of course there’s another thing we fail to recognise which is that not everyone wants to share their life story. I heard more stories from my parents than ever before, once I started writing my history of the Kunkel-O’Brien family.

Nor can every person we speak to can be regarded as a “reliable witness”. We do still need to cross-check the stories with documentation where possible. Every time I say that I question myself…if, for example, I say I moved to the Northern Territory to live, surely I know whereof I speak. So balance what you follow with common sense. 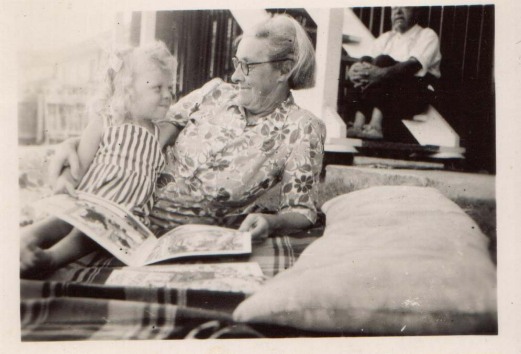 Reading with my grandparents – a bit young for interviews.

Don’t just focus on your immediate family – some family members have been more curious, or had a different relationship and so they may know more. I was lucky enough to track down a grandchild, Annie Kunkel, of my Kunkel ancestors and as I’ve repeatedly acknowledged she was a gold-mine of stories of their life on the farm, the names of kin who lived far away and the extended family names. She was an extremely reliable witness because I’ve been able to confirm certain details, lending more credibility to other stories.

Another interesting side-shoot is that when being questioned people are likely to focus their answers on the type of approach you take or the person who is asking the question. For example, Annie told the local historian a totally new story about her Bavarian grandfather than she ever mentioned to me, either because it had passed out of her memory or she was focused on family: “He [grandfather Kunkel] was a clever man and he could take a pocket knife and carve a thing. We had a pen handle carved from a bone. It was a perfect thing with a folded hand on the end of it like that on the end of it”.[i]

In most places there are organisations which specialise in oral history recording, so if you’re interested in becoming more expert in this field, I suggest you approach them. This is Australia’s,  America’s, Canada’s, Ireland’s and the United Kingdom’s.

Immigration information is one of those gold nuggets we seek about our earliest immigrant ancestors. Australia is blessed with fantastic records in this regard, especially up to about 1870.  This is one of the advantage of how many of our ancestors came under government funding – needed to tempt them to travel the great distances.

A further source of immigration information for Aussies is the great certificates I mentioned before. You have two chances to pin down the information: marriage and death, the latter being generally the less reliable, depending on the informant. 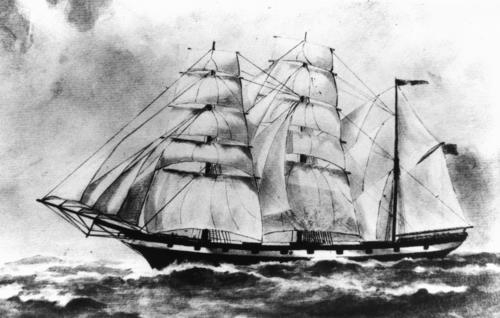 The Renfrewshire, State Library of Queensland, copyright expired. oai:bishop.slq.qld.gov.au:49708 Can you imagine months at sea on this small ship?

Once again speaking to close kin may help you take your family stories back in time, and obtain clues to search for your ancestor’s arrival from the ‘old country”.  I would guess that a common story of mid-19th century arrivals is that “he came as a sailor, jumped ship, and went to the gold fields”. Now I know this was often true but there must have been a lot of them!

One story for which I’d love to find the answer is the rumour that my George Kunkel came to Australia but two brothers went to “America”. Unfortunately, he didn’t have two full brothers, only one, though he had step-brothers, and I’ve managed to trace a couple of his step-siblings to upstate New York, but where, oh where, did his brother Philip Joseph Kunkel (b 1840) end up, given he didn’t stay in Dorfprozelten? Did he move within Bavaria, or Germany, or emigrate? Will I ever know?

Annie Kunkel told me her Irish O’Brien grandmother, from Broadford in County Clare, arrived on an old sailing ship, they were six months at sea, and she was 16 while her sister Bridget was 18.  Despite thirty years of searching I’d been getting nowhere until I found a newspaper clue….only to be frustrated by the documents. If you’re curious you can read about their likely migration on the Florentia here.

One of the things you learn as you research your family’s history is how often when one question is answered, another half dozen spring up – sad but true <wry smile>.

Immigration is a complex topic, closely related to naturalisation, and it requires learning more about the circumstances which applied at the time of our ancestor’s arrival. This is where that life-long learning kicks in.

For others who are keen to learn more you might have a read of my earlier Immigration (arriving in the new country) and Emigration (leaving the old country) posts.

Thank you for visiting me on this journey. I love comments <smile>
There’s a plethora of reading choices on this year’s A to Z Challenge, so my challenge to you is to visit the sign-up page and select one (or more) blogs to read between the numbers 1000-1199.

[i] Oral history interview with Cameron McKee, local historian for Murphy’s Creek, circa 1984.

7 thoughts on “I is for Interviews and Immigration”