One hundred years ago, Australian soldiers were fighting the desperate battle for their lives near the tiny French hamlet of Fromelles. That 24 hours from the evening of the 19th July 1916 was to be the bloodiest and most disastrous day in Australia’s military history to date (and may it so remain). And yet, when I began my research nearly 30 years ago, this battle was poorly known and rarely mentioned. 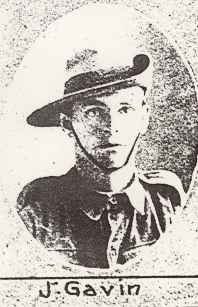 Enlistment photo of Photograph of James Gavin in The Queenslander of 2 October 1915, page 24.

“Not as many lost as first feared…only 5533” wrote Lt Col Walter Edmund Cass. How I fumed as I read those words in the Australian War Memorial back in 1990. How dare this officer be so glib about such horrendous loss!

This number counted the casualties (killed, wounded and missing) but not the mental anguish to the men, who were sacrificed wastefully.

Cass was an experienced officer, a career soldier who’d been on Gallipoli and in the Boer War. He had been in the thick of this battle, in a forward position, so exposed that it was a bulge in the line, surrounded by Germans and exposed to their higher position. 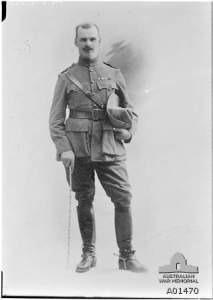 A studio photo of Lt Col Cass perhaps around the time of his posting to France. AWM photograph A01470, copyright expired.

Despite his experience, or perhaps even because of it, this battle was the last he’d ever fight in war. He was broken by the loss of so many of his men’s lives. “My boys, my boys! They’ve murdered my boys!”.  He was talking about the actions of the more senior “British” officers, not the Germans, and in acts of insubordination that may have seen him shot in the British Army (or perhaps without the medals he already held), he argued fiercely with his superiors. 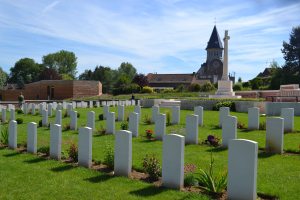 The Pheasant Wood cemetery 2014. The Germans had lookouts in the church tower.

The Germans had offered a short truce so that bodies could be recovered (alive or dead), but knowing the British refusal to accept even this level of accord, McCay had refused. And so the men, who had managed to fall back, could hear their mates calling for help and pleading “don’t forget me, cobber“. How many men might have returned to their families if a different decision was made? How many men might have carried a lesser mental burden had they been permitted to help their mates?

This was how the Germans came to bury some of the Australian fallen in Pheasant Wood, below Fromelles. It would be over 80 years later that the men were found – the farmer’s crops never flourished in that area. The determination of individuals revealed this forgotten burial ground, German records confirmed it, and the modern science of DNA revealed the identities of the men.

Memorial plaque on the Cobbers sculpture.

Today, those visiting Fromelles can see the new Fromelles (Pheasant Wood) memorial with its beautifully maintained war graves. The Cobbers Memorial (do read the link) honours the fallen and the mates they fought with. 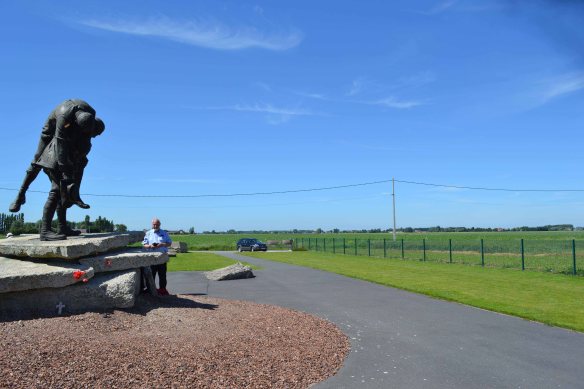 Mr Cassmob stands beside the memorial which is where his great-uncle WEH Cass fought with the 54th battalion.

And yet, for me, the cemetery at Rue Petillon near Fleurbaix tells the tale more starkly. The gravestones stand like teeth, tight side by side. Surrounding the cemetery are farmhouses and the fields for which the men fought, now so tranquil. 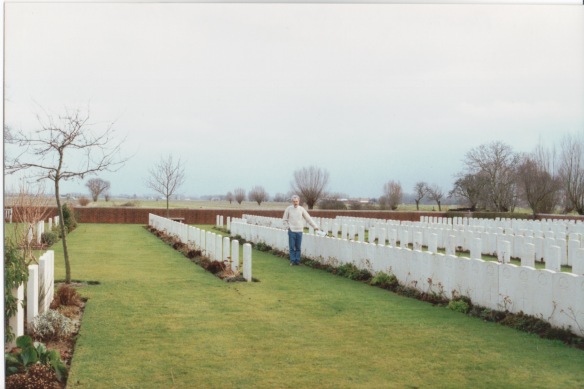 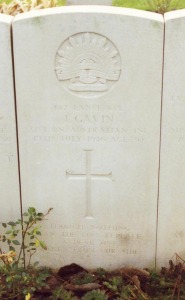 Among them lies the grave of James Augustus Gavin. It was a privilege to visit him in 1992 and it remains a privilege today to remember him. You have not been forgotten cobber.

F is for the Fifteen Mile, Fromelles and Fleurbaix

And a commemoration of military mate ship here.

There are a number of books available now on the battle of Fromelles:

The Anzacs by Peter Pedersen

Fromelles and Pozieres by Peter Fitzsimons (includes quite a few quotes on Cass drawn from his letters and diaries, now held by State Library Victoria)

3 thoughts on “Honouring the Fallen of Fromelles”