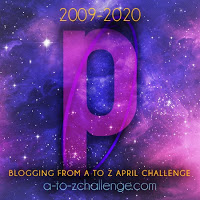 It may be that, on a daily basis, I take our country’s peace for granted rather than give thanks for it. Yes, it has things that could be done better or differently, but overall we are indeed the Lucky Country when it comes to peace. Yes, I am aware that our Indigenous Australians paid a high price when the country was settled and since. However, many people have come to our shores to find peace and safety, escaping persecution or wars. I certainly don’t subscribe to the “if you don’t love it, leave” philosophy. I often wonder whether people with those bumper stickers would immediately leave their spouses/partners the minute they had a disagreement. So, yes, I give thanks that we live on an island continent far from many of the world’s trouble spots.

Since we became a nation in 1901, and even before, our people have been involved in wars, largely to support the Empire of which we were a part. Many of our people paid a high price: loss of life, incapacity and physical handicaps, loss of family members, post-traumatic stress, domestic violence, loss of human potential. As so many were lost on foreign battlefields with little chance that family members would ever be able to visit their graves (where they even exist), the role of war memorials has played a huge role as a locus of bereavement and recognition of service. Is there a town in the country where one can’t be found? I suspect not.

Maintaining peace can be as strenuous as winning a war. Margaret MacMillan, Canadian Historian.

Ancestors and the Price of Peace

It seems likely that most Australian families have members who volunteered to serve or were enlisted. Perhaps mine is somewhat unusual because with so many railwaymen in protected or essential service, branches of the family tree had little or no representation. It’s for this reason that I’ve been less inclined to engage with Anzac Day ceremonies because I feel like a fraud.

It wasn’t until I lived in Milne Bay in the early 1970s that the full sense of the war in Papua New Guinea became clearer to me despite previously reading books and poetry about it. I wrote about that here. Similarly touring the Western Front in Europe brought the loss to humanity overwhelmingly evident.

Each year the Australian and New Zealand genealogy bloggers typically post a story about ANZAC Day and Remembrance Day. You can see some of mine by searching in the box in the top right.

The price of peace paid by my families include the deaths of James Paterson[i] (grandson of George and Mary Kunkel) and James Gavin[ii] (grandson of Denis and Ellen Gavin) during World War I. Hugh Moran[iii] was taken Prisoner of War in Italy and Germany during World War II for several years. William Rudolph (Robert) Kunkel was Missing in Action in the Korean War and his family never knew what happened beyond the firefight when he was captured.

It’s hard to imagine what their families went through both during the war and afterwards. Letters found in the service records can be heartbreaking.

My paternal grandfather served in World War I, however I have no memory of him ever attending an Anzac Day service, although he was a member of the Returned Servicemen’s League/

As a child, I remember seeing men with war injuries (missing arms or legs), selling newspapers on the street corner. Or men hitting the bottle or drunk – drowning their memories no doubt.  We came to a better understanding of the Bombing of Darwin once we moved to the Northern Territory to live.  Or realising that my husband would have “won” the national service lottery for Vietnam if his official place of abode during university hadn’t been Papua New Guinea.

I remember Dad telling me that he couldn’t attend the Victory in the Pacific celebrations in Brisbane because he was on shift with the railways at the time. Or hearing a (very) little about his knowledge of the Battle of Brisbane.. the conflict between Australian servicemen and the Americans who were based here and thought to be “overpaid, oversexed and over here”. I’ve also realised I need to ask mum what she did on VP day.

It’s also interesting to observe that the practice of having cadet corps in high schools seems to have largely disappeared over the decades. When I was at high school many schools, and I’d suggest all private schools, had their own army or air force cadets.

Those families with serving men and women across the decades will have quite a different experience from mine. It doesn’t change that I am very grateful indeed to live in a peaceful country,  thanks in part to the high price that has been paid.

You can read some of my past posts for Anzac Day or Remembrance Day by using the search bar on the top right of this blog, or the drop down categories box– something else to do in our covid-isolation?

What is your families’ tradition of military service and what price was paid to gain peace?

For some sources to use when searching for Australian Military History and service.

Commonwealth War Graves Commission for deaths and places of burial or memorials.

National Archives of Australia: Attestation documents digitised for WWI service people and some for later conflicts.

13 thoughts on “The Price of Peace”