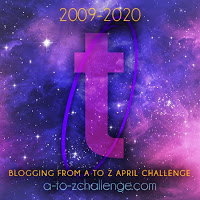 Those who know me well, are familiar with my love and obsession of travel. As a child, I never really expected I’d have the opportunity to travel the world but I’ve been so fortunate.  I’m so very grateful to be able to see amazing places and learn a little about peoples’ lives in other countries.

Where did this travel gene come from? Firstly I think Aussies are often infected with this itchy-feet disease – perhaps it comes from all those hardy pioneers who travelled to the far side of the world. More recently, my mother had an interest in aircraft and travel from the war years, but again, never expected to be able to travel beyond our shores. My own interest was fostered by a neighbour who would send or bring me back treats from her overseas travels. And then there’s my great-grandfather Melvin. His ancestors, and hence mine, were merchant seamen for many years, sailing out of the port of Leith in Scotland. That urge to explore must have been carried down the DNA.  He has a double responsibility in my genes: the travel bug and the love/addiction to all things sweet from chocolate to cakes. After all, he was also a confectioner par excellence. Can I blame him for my ageing waist line?  I thought you couldn’t fatten thoroughbreds but it turns out I was wrong! But then again, I’m more mongrel than thoroughbred.

Perhaps travel cannot prevent bigotry, but by demonstrating that all peoples cry, laugh, eat, worry, and die, it can introduce the idea that if we try and understand each other, we may even become friends. Maya Angelou, American poet.

My great-grandfather, Stephen Gillespie Melvin, was an inveterate traveller. He took sea voyages like I catch the Qantas “bus” – well I do in normal times. If all the news reports are indicative, he thought nothing of jumping on a coastal steamer between north Queensland and Sydney. He also made journeys to Britain where he no doubt saw his brother, John, while also making contacts for his confectionery import business as well as purchasing supplies.

I wonder if the most exciting voyage he undertook was on the Aorangi’s maiden voyage in 1925 from Southampton to Los Angeles and San Francisco via the Panama Canal. From there the ship sailed to Honolulu, Suva and thence New Zealand before arriving in Sydney.

Did he think it was a grand adventure to be on this voyage, or when the storms hit did it raise memories of the much-lauded Titanic, only 13 years earlier? After sailing regularly between Leith and Scandinavia across the North Sea, I’d expect he may have been fairly pragmatic to rough seas.

While I’m not that partial to taking sea voyages on cruise liners, when I’m on stormy seas I do like to be in the open with my nose into the wind. I’ve only taken two cruises and suspect that may be “it” for me, especially after all the coronavirus dramas on board, but I am willing to tolerate those tedious long haul flights in economy for the privilege of travelling the world. In fact, one of my “losses” in lock down or social isolation in this pandemic, is the disinclination to dream of future travel plans.

Travel can be one of the most rewarding forms of introspection. Lawrence Durrell, British writer.

Did your ancestors like to travel and is this something that’s been passed down to you?

Photograph from the Arbon-Le Maistre Collection of ships, mostly from the 20th century. No known copyright restrictions