This year is a big wedding anniversary for us, so of course it’s one of my big ticket gratitude items for 2020. Why not celebrate by sharing some wedding photos of my ancestors’ weddings? Some have been scattered through previous posts, some may not have been published at all. For my first generation of immigrant ancestors I don’t have wedding photos, maybe because they were too expensive to purchase, simply not a priority, or photography wasn’t available or common at the time.

I especially like wedding photos  for the reason that they offer insight into a special day and because younger people are dressed in their finest, they can be easier to date. The older generation may be more pragmatic and simply wear their normal “best”. My families have quite a track record for marital longevity. My earlier post, L is for Love and the Law, included some details but this is going to be largely a photo journal. Why not join me on this marital journey through the years. 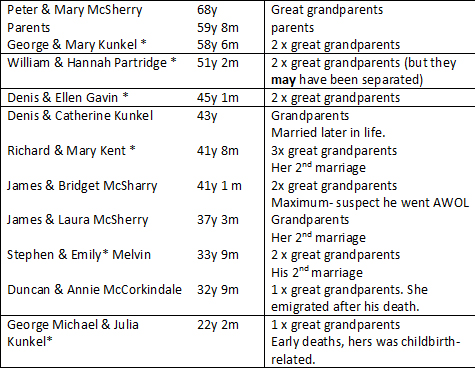 There are no (known) photos of George Kunkel and Mary O’Brien‘s wedding in Ipswich, Queensland in 1857. However this photograph from a great-niece’s photo album is just beautiful. This couple are my great-great grandparents, and immigrant ancestors. 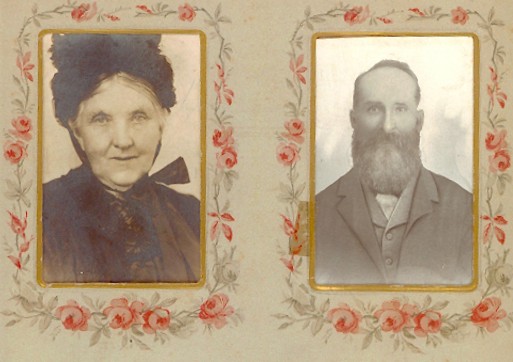 We have another photo of George and Mary celebrating their granddaughter, Julia’s wedding at the family’s home at the Fifteen Mile near Murphy’s Creek. It would have been a happy time but also poignant as Julia’s parents had died in 1901.

George and Mary’s eldest child, George Michael Kunkel married Julia Gavin in the Catholic church at Dalby. They were the first generation of the family born in Australia and I suspect they met while working at Jondaryan station. They were my great grandparents on the Kunkel-Gavin lines. Sadly, George Michael and Julia would die very young within six weeks of each other in 1901. Also sadly, I have no photographs at all of Julia’s parents. I am not 100% sure this photo is of George and Julia but my rationale is as follows:

The photograph is included in an album alongside Mary and George Kunkel; the style of hair and dress is typical of the era when they were married; and the woman bears a strong resemblance to Julia Beatrice, their daughter, of whom we have identified photos. I suggest that this might be a photograph taken on their wedding day, 17 August 1879. Note the flowers on the woman’s lapel. In those days women did not typically wear a wedding dress but bought a new “best” dress.

Their only child, Norman Kunkel married Joan, daughter of an Irish immigrant in Brisbane.

Their only child, Ms Cassmob married Mr Cassmob in Brisbane and celebrated their wedding at the union building at the University of Queensland.

My McSherry great-grandparents, Peter McSherry and Mary Callaghan, married in Gorey, Wexford and we have no (known) photographs of the event. However we’re lucky to have this photo from their 60th wedding anniversary celebrations.

I’ve never seen a photo of my McSherry-Melvin grandparents’ wedding and I don’t even know if one exists. This is a photo of each of them taken decades apart, Laura when she was a young woman (with a tiny waist) and my grandfather at work. 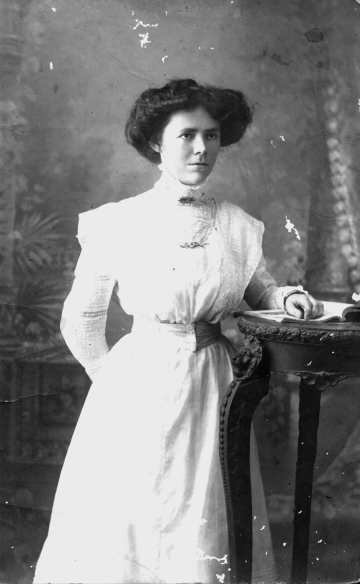 We also have no photograph of my Melvin ancestors’ wedding but this is one of Stephen Gillespie Melvin and his wife, Emily Partridge, in later life. Stephen was a Scottish immigrant and Emily was one of my pre-separation Queensland ancestors.

Emily’s parents were William Partridge and Hannah Kent, both English immigrants to Queensland who arrived in the mid-1850s. They married in 1858 at Ipswich. Again, no photos sadly, but these are from 1909. Hannah’s was taken for the 50th anniversary of Separation and published in the newspapers. I suspect William’s was too, but he did in the middle of 1909. There are some suggestions in the records that lead me to think this couple may have been separated but I have found nothing conclusive.

Were your ancestors fortunate (or perhaps not) with their marital longevity?

Are you lucky enough to have photos of your earliest Australian immigrant ancestors?

I just have to share this wonderful photo I found on Trove of an early Queensland wedding at Stanthorpe in 1872 …nothing at all to do with my families. (Image by William Boag, out of copyright) 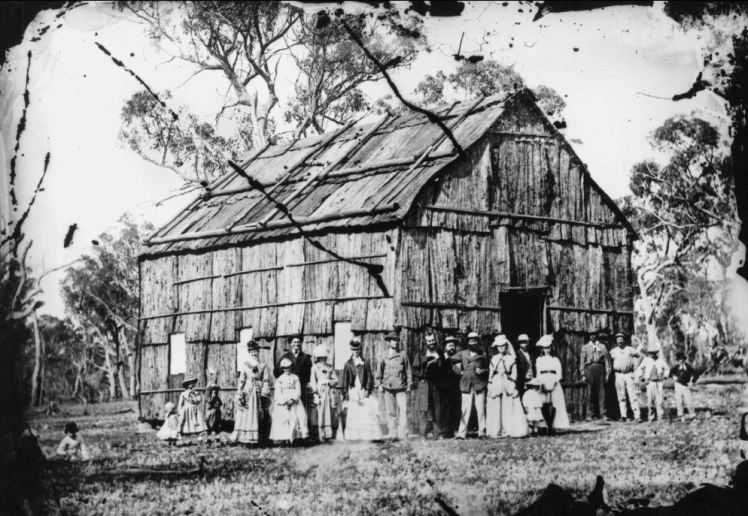