H is for Hughenden

Hughenden is a small town on the road between Mt Isa and Charters Towers and Townsville. We’ve visited in passing a few times but I can’t say I feel any empathy or true understanding of it…perhaps the most noticeable feature is this stretch of road is ancient dinosaur country and the locals are making the most of this tourism opportunity.

My great-grandfather McSherry and his family lived in Hughenden for several years when he was an inspector with the railways. My grandfather McSherry was also working here with the railway when he met my grandmother who lived in Charters Towers. How they came to meet I don’t know, but I’ve always assumed (yes, I know!) it was through her family’s refreshment rooms in Charters Towers. I’ve heard the Melvins also had railway refreshment rooms but I’ve found no evidence whatsoever of that, so I’m assuming it was probably a furphy, albeit a credible one.

On our last visit the people at the Visitor Centre were very helpful and tried to put me in touch with the local historian who wasn’t available. This H post reminds me that I’ve still not followed this up….the “to do” list is growing with each letter.

H is for Herston

School days, school days, good old golden rule days! My school and parish church were both “over the border” into the Brisbane suburb of Herston. Neither the church nor the school remain, replaced by a post-Vatican II church of simple architecture, while the old building shared by church and school have disappeared into memory…another job on my “to do” list is find a photo. Time, it’s always time, that catches us out.  I talked quite a lot about the school here so I won’t repeat myself in this post.

One thing of relevance to family historians: if you find your relative has been buried from St Joan of Arc church Herston and are wondering why…it’s because the priests were the curates for the hospital, and some people either converted at the last minute or came back to the church. I recall singing as part of the school choir at any number of funerals, many with no connection to the parish.

The other interesting aspect to Herston parish was the influx of European immigrants in the 1950s and especially the Dutch migrants. Don’t ask me why so many came to Herston, because I really don’t know, but as a result of the numbers, we ended up with Dutch priests for a number of years. Recently I commented on the fact that Family Search has digitised parish registers from the Netherlands: an invaluable resource for Australians with Dutch ancestry.

H is for Hastings Point

Hastings Point is part personal history and part travelogue. An inconspicuous mark on a map but for our family it’s been a special part of our story, filled with memories and fun times, shared over the years with friends and children’s friends. We have always camped as close to the beach as possible which means that the strong wind bent every tent pole we had. After a day of down-time from the normal rush of urban life with busy jobs and children, we’d take to exploring the rock waterholes which might conceal all manner of marine life. The area off the point is a marine park so there was usually plenty to see on these mini-expeditions and there was always the fun (perhaps less so for the feet) of navigating from one rock to the other. Most of the time there was a small spa-sized pool near the rocks which made the perfect spot for lolling around, unless you were mad keen to get into the surf, which swimming across the creek first, or wading, carefully avoiding the oyster-shelled rocks. On the southern side of the Point the surf near the rocks could be quite fierce and not all that safe for swimming unless you were a strong swimmer or out on a board.

Each visit the path of the creek would have changed with tidal and weather conditions so you never knew what you’d find. One visit the creek would have a lovely sandy bank which might luminesce at night time as you walked up to the toilet block. Another time there’d be little sand on the bank and you’d be dodging around the rocks. One visit we even found a low tide mini-aquarium of marine life in a tiny pool in the creek…great fun.

Hastings Point was where we went to see Halley’s Comet uncontaminated by urban lights. Our viewing was much better on an early visit than on the date they’d say it would be optimal.

This aerial view from Google Earth shows some of the beauty of the place. Time was when the northern approach to Hastings was equally beautiful, driving through native bush of banksias. Sadly much has been altered with the bush replaced by resorts.

If you’d like to know a little more about this wonderful place you may wish to read a couple of my posts from last year, here and here.

H is for H-named ships

I have done some research into emigrants from east County Clare, Ireland to Australia. When I was looking at the names yesterday I realised a number of these immigrants arrived on ships whose names started with the letter H. So here’s to them…name of ship (year) [number of east Clare people on board]. You can see the increase in numbers in the 1860s with the American Civil War.

The original source for this data came from the Board’s Immigrant Lists from State Records NSW. The east Clare data has been extracted from my own database. 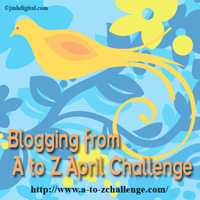 Somebody has to say it…I love this woman’s bolshie attitude. Her position is set out clearly and logically on her topic of the day. She reminds me of a friend and former colleague of mine.