As you know we’ve just returned from Papua New Guinea, and in particular Milne Bay where we spent most of our time. We had lived there for a couple of years after our marriage but Mr Cassmob had also spent his teenage years in the district, when home from boarding school, and he regards it as his “place”.

It always shocks me how little known Milne Bay is within the history of World War II, while Kokoda gains a much higher profile. Despite contradictory stories, it was in the Battle of Milne Bay that the Japanese suffered their first land defeat, proving they were not invincible. Following the rapid domino effect of their overthrow of the Asian countries such as Singapore, this battle gave hope that their forces could be defeated. While there is now no indication that the Japanese forces intended to invade Australia, there’s little doubt that an enemy force ensconced in Papua or New Guinea would have been cause for grave concern and fears for Australia’s security. This year has been the 70th anniversary of the battle.

The Battle of Milne Bay was a relatively short but difficult campaign exacerbated by challenging terrain, heat and the hazards of malaria. It raged up and down the northern coastline of Milne Bay exactly where we were visiting last week and where we had lived in the 70s. The major air base was on Gili Gili Plantation where my husband worked briefly in the late 60s (see the story of his discovery of a wartime artefact here).

Rather than give you chapter and verse I’m going to show you the images of the War Memorial near Alotau and also the information plaques which tell the story of the battle. You might also be interested in the images on my Tropical Territory blog which show the stained glass windows in the Catholic Church in Alotau, honouring those lost in the battle. 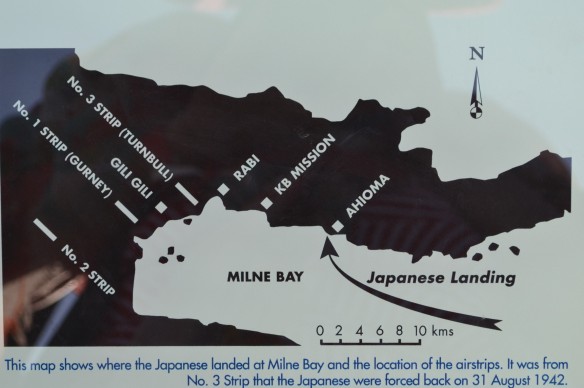 The map shows the range of the battlegrounds. Alotau, the provincial headquarters, where we’ve just been, is slightly to the left of the arrow. 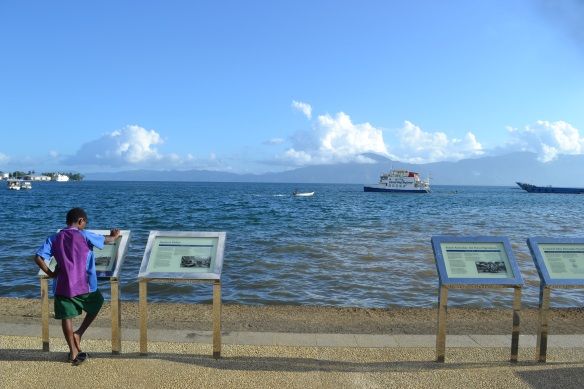 The memorial overlooks Milne Bay: a far more tranquil scene than 70 years ago. 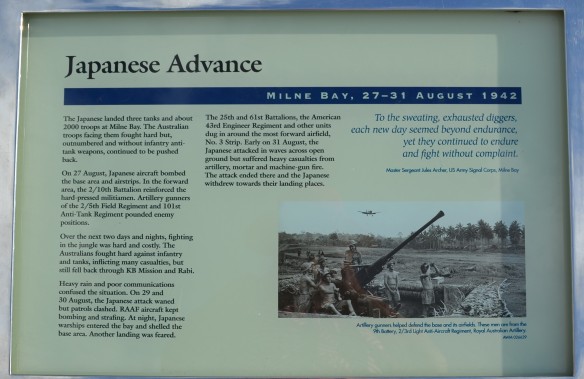 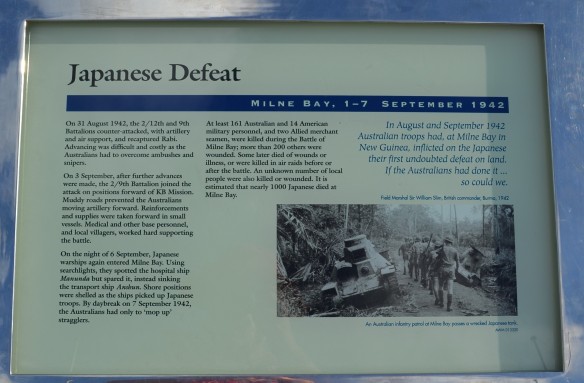 The Australians gained great support from the local people who risked much to help them. 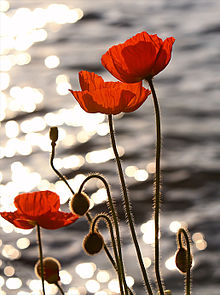 Image of poppies from Wikipedia.

In Memoriam: Crows Nest Memorial to those who gave their lives in World Wars I and II. The memorial includes the names of Cpl French VC and my grandfather’s cousin, James Gavin.

14 thoughts on “Lest We Forget: the Battle of Milne Bay”